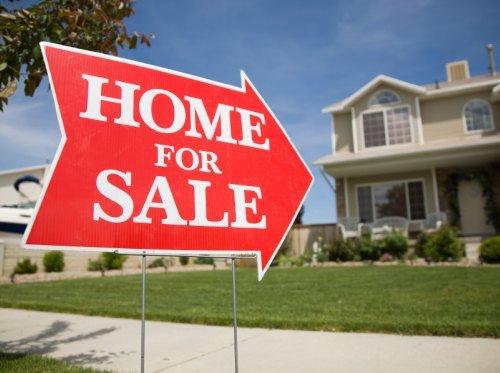 Homes for sale will be in high demand this spring. (File Photo | Mlive Media Group)
PrintEmail

That’s almost twice as high as in 2009, when the average home sold for $107,546 in the region, which includes Kent County and parts of northern Allegan County, eastern Ottawa County and western Ionia County.

Despite the price increases, the inventory of homes for sale remains at an all-time low.

The lack of home sellers has created a logjam in the market where millennial home buyers are eager to settle into a house, says GRAR’s president, Ryan Ogle of BluHouse Properties.

Empty nesters who may be ready to move out of their homes are not finding suitable alternatives in the condominium market or smaller homes and prefer to stay put, Ogle said.

Trulia.com concluded that millennial homebuyers are the reason West Michigan will continue to be the hottest real estate market among the 100 largest markets in the country.

Many empty nesters also are not aware of how much their homes are worth in today’s market, Ogle said.

And, busy homebuilders are not keeping up with demand for affordable housing, preferring instead to build higher end homes with higher margins, Ogle said.

According to Zillow.com, only 5.2 percent of the homes in Kent and Ottawa counties are “under water,” having a market value that’s less than their mortgage balances.

Ogle said his agents counsel young home buyers to prepare themselves for disappointment as they wade into a competitive housing market.

“It’s almost like a perfect storm. If someone can get that logjam to burst, we’ve got hundreds of people who want to buy houses,” Ogle said.

“We sit down with the buyers. You’ve got to prepare them. There’s competition,” said Ogle. “It’s really having them hang in their emotionally.

“If one nice house pops up in Eastown, there are hundreds of people who want to live there.”

They encourage their young home buyers to get creative in their offers, Ogle said. Parents may be able to provide help with a down payment or make an offer that waives an appraisal or contingency fees.

While prices are rising in West Michigan, Ogle notes that the market also includes home buyers who are moving from higher priced markets and are willing to pay a premium with the profits they pocketed in other markets.

Despite the rising prices, a national study by CoreLogic, a national real estate research firm, concluded Grand Rapids is still an undervalued market.

“Unlike many other top markets, the Grand Rapids housing market is considered undervalued,” according to a national survey released by CoreLogic on Tuesday, March 6.

The same holds true for the rental market, according to Abodo.com, which surveys 110 national rental markets. It ranked Grand Rapids as the 63rd most expensive rental market in its most recent survey.

Save favorite listings, searches and get the latest alerts.

Save favorite listings, searches and get the latest alerts.

Ready to Get Started?